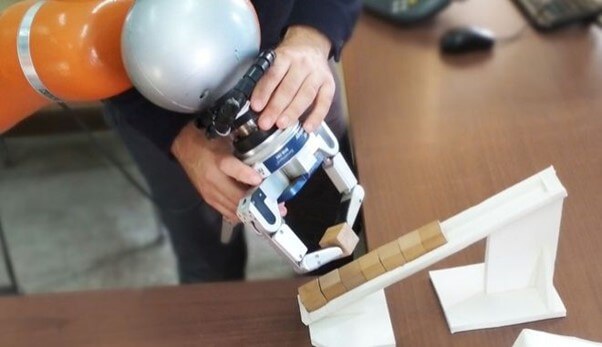 A robot that will easily learn by humans and will initially be used in the food industry is being developed at AUTh, and specifically at the Laboratory of Automation and Robotics.

The goal is to be utilized by other industries in the future. This innovation concerns the ability to better understand the surrounding environment around and to easily learn the work asked to perform.

According to the researchers of the laboratory, such an attempt has not been implemented until now, as at present,  the use of robotic arms in the industry requires their programming and the careful reading of the instructions. Instead, this robot will act as a student with the teacher and can only learn just after a few repetitions. All this effort follows the contemporary global trend for intelligent and flexible production systems, with features such as increased perception, quick adaptation to change, and short programming time.

The robot is manufactured with commercially available, widely available products, such as arms, cameras, and other automation systems. The researchers combine all the aforementioned and apply artificial intelligence techniques in order for the robot to perform what it is meant to do. It has, besides, “eyes” and is equipped with methods to find objects in space, and if something changes in the environment, it can be adapted to the new situation.

At the moment, the team has made a laboratory prototype of the robot, and its goal is to include other technologies in it by 2022 and to make its first tests on a real production line. Its vision is that within the next two years, the robot will be able to become commercially available, helping the industry to optimize production conditions and at the same time facilitate its employees.

It is noted that the research project for the construction of the robot is called ProgHRC and is funded under the action “Research-Create-Innovate” (2nd cycle). It is implemented with the participation of a team of researchers from the Laboratory of Automation and Robotics of the Aristotle University of Thessaloniki and the assistance of a private company.