The philosophy of Project

The NEW METRO project is aimed at defining and supporting the development of skilled resources for advanced manufacturing processes as well as the entire Industry 4.0 effort in place across Europe, with a focus on training needs and emerging skills.

Based on the project partners’ best practices and analyzing additional excellence benchmarks, NEW METRO will support an optimum increase of employability in the sector by: 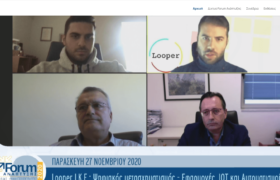 Participation and speech at the 23rd Development Forum

Professor Chrysostomos Stylios participates in the proceedings and events of the 23rd Development Forum which this year, due to travel restrictions because of the COVID-19 pandemic, takes place virtually. The Development Forum is the most important Development Multiconference in the Western Axis of our country. Specifically, Prof. Stylios was a speaker at the thematic unit […] 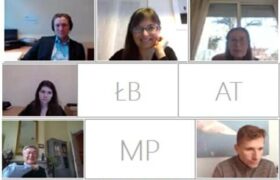 The New Metro technical progress meeting was held on the 26th of November, 2020 via the GoToMeeting web platform. The issues that were being discussed during the meeting are summarized as follows: The participants agreed on the subject of validation of Intellectual Output 3 and Intellectual Output 4 for the subsequent publication on the Erasmus […] 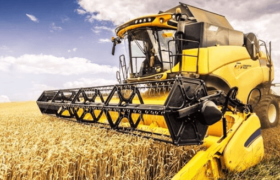 This year’s harvesting in vast Russia was for the first time assisted by autonomous combines equipped with the Cognitive Agro Pilot system. Over 160,000 hectares of field and harvested more than 720,000 tonnes of crops. 590,000 metric tonnes of grain crops such as wheat, soybeans, barley, oats, sorghum, buckwheat, among others, were harvested over 130,000 […]

Learn more
Shopping Basket
We use cookies to ensure that we give you the best experience on our website. If you continue to use this site we will assume that you are happy with it.Ok