The project’s final meeting took place in Brussels in a hybrid format on the 24th and 25th of March. The partners, alongside a large number of stakeholders, attended the meeting and were informed about the milestones being achieved and the next steps to be taken to further disseminate and evolve the project’s accomplishments in a manner of sustainable exploitation. Max Hogerfoster allegorically stated that “the seed has been planted” and now is the time to leverage the legacy of the NEW METRO project and take advantage of the momentum to substantially transform Mechatronics education across Europe to pace with the changes that the Industry 4.0 era brings about.

Several partners presented the outcomes of the work have been done and the experiences they gained, such as the huge amount of training material being developed, the e-learning platform is built that is free for use, the innovation of remote training for Work-Based Learning due to the pandemic situation, and of course the transnational training experience. Unanimously, the partnership agreed upon maintaining the best practices that emerged from this fruitful collaboration and spreading the word about the outcomes of our work by approaching more stakeholders and planning the next steps. Finally, the winning team (composed of students) of the contest for solving a mechatronics challenge was announced. The evaluation committee declared the high quality of all the projects they received, and particularly the importance of transnational collaboration. 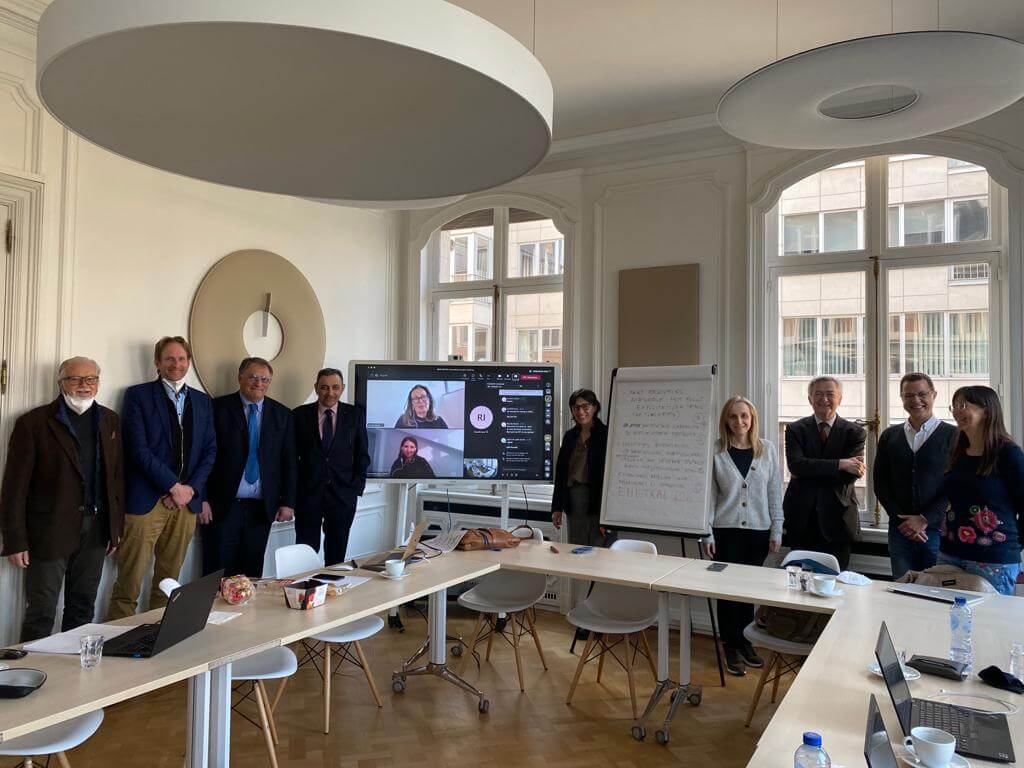 The 7th Technical Project Meeting was held in Rome, on the SFC’s premises that hosted the event. During the first day, the strict deadlines all the partners should abide by were defined. Later, the partners already implemented the piloting phase shared their experience, the target groups involved, the problems they encountered and the useful conclusions that came about.

At the beginning of the second day of the meeting, administrative and managerial issues were discussed. The external evaluator, Nikolaos Floaratos, presented his perspective on the strong and weak parts of the project and suggested possible initiatives to improve the project’s quality.

Afterwards, the major issue that the mechatronic sector will face as a challenge is the linking to the Green Economy was put on the table. Next, the dissemination and exploitation aspects of the project were discussed, and the steps to be taken in order to maximise its sustainability over the project duration.

Prof. Stylios representing the UoI presented the current status of the e-learning platform and the potential of finding possible connections to Open Educational Resources in order to enhance -both in quality and quantity- the provided didactic material. 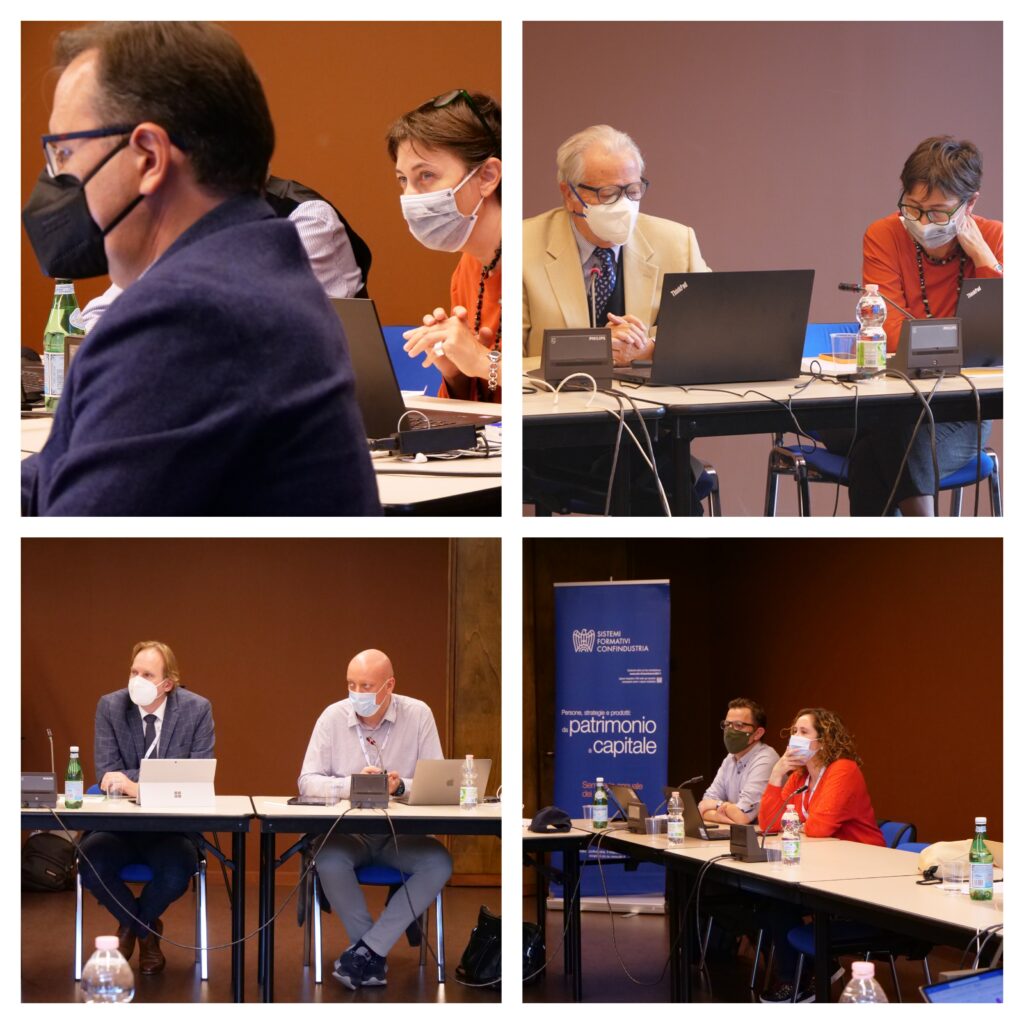 The New Metro technical progress meeting was held on the 26th of July, 2021, via the GoToMeeting web platform.

The meeting was inaugurated by Leonardo Quattrocchi with a warm welcome. Later on, the partners proceeded to the core discussion. The subjects that were being discussed during the meeting are summarized as follows:

The meeting concluded with mutual wishes for happy summer holidays. 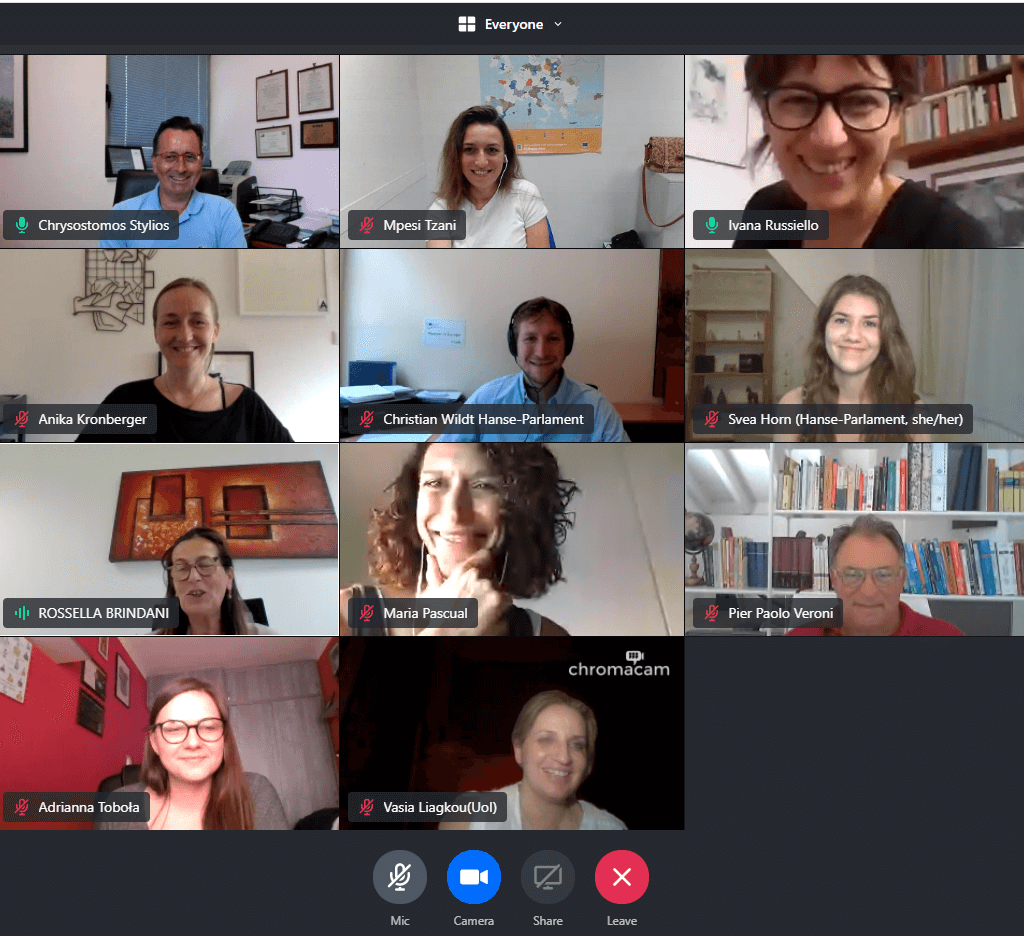 The New Metro technical progress meeting was held on the 20th of April, 2021, via the GoToMeeting web platform.

The issues that were being discussed during the meeting are summarized as follows: 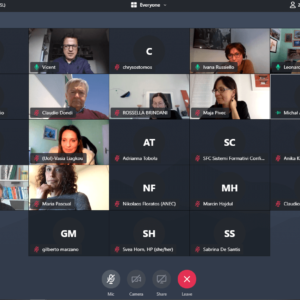 One more technical meeting was held in Rome on the 13 and 14th of February 2020. Representatives from several partners gathered to productively discuss the project’s progress and the next steps/actions to be taken.

During the first day of the meeting, the partners agreed on the first draft of the NEW METRO competence map. In order to switch from competencies to a map for prioritising Mechatronic Skills, the technical work group elaborated the NEW METRO 3 circle model.

During the second day, the NEW METRO 3 circles model was analysed and described in detail. Later, great emphasis was given to extracting the Learning Outcome derived from all the circles, starting from the first circle skills (both transferable/soft and basic ones).

After completing the definitions of all the Learning Outcomes related to the three-circle competencies, the attendees shared their thoughts on the project’s planning for the short and medium-term. 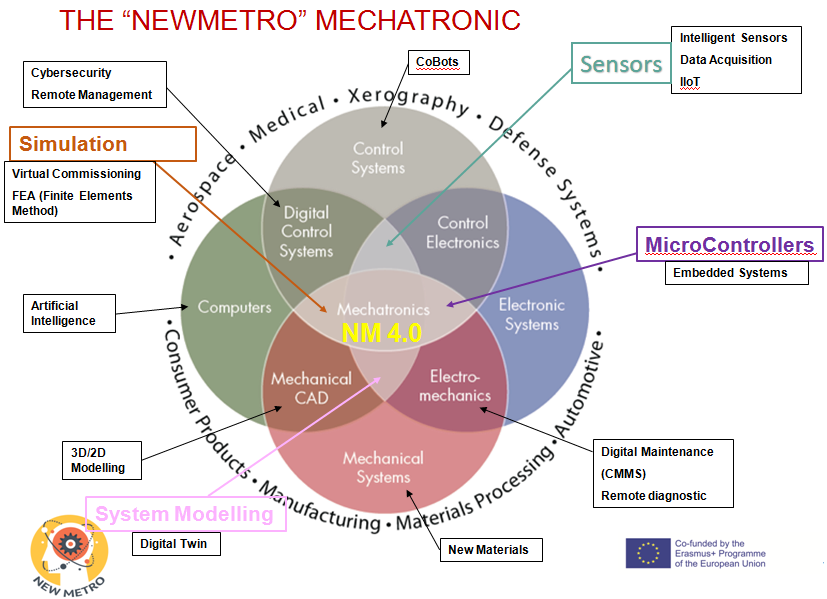 The European Design Workshop was held in Brussels and hosted on the SFC’s premises. A variety of issues were discussed. The stakeholders’ group was given the floor to express their point of view regarding the New Metro validation process. Moreover, an introduction to the best practices in Key Enabling Technologies was made. Mr Marzano presented the identified emerging skills in mechatronics and the challenges that have emerged.

The discussion continued with debating upon the priorities for a European training model for mechatronics. One group of stakeholders expressed their perspectives about defining the competence framework and assessment model, while the second one discussed on designing the learning delivery model and the international components that should incorporate.