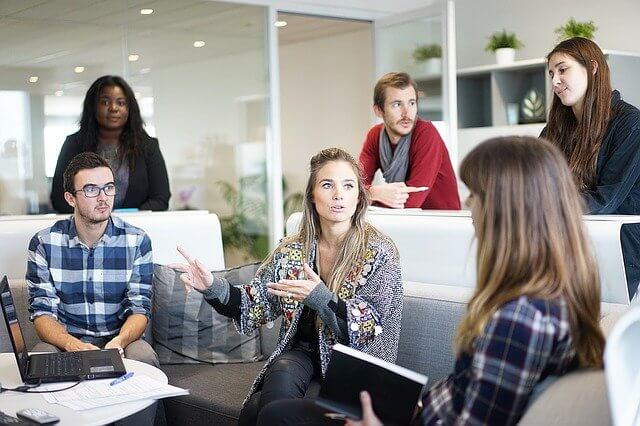 The Vodafone Italia Foundation launches LV8 (Level8), a new app to involve young people who do not study and do not work, the so-called Neet (Not in Education, Employment or Training), in digital training courses.

LV8 is a “learning game” that allows to acquire basic digital knowledge and some applications through a video game experience.

Divided into eight levels of increasing difficulty, LV8 provides for the release of 3 Open Badges that aim to enrich the curriculum vitae of the student gamer.

The realization of LV8 was possible thanks to the direct involvement – in three different pilot editions – of about 400 girls and boys from Northern (Turin) and Southern Italy (Catania, Cagliari), called to express their opinion on the definition of the concept and to test the game.

The skills that can be “certified” with the game include use of Google and its Google Workspace applications, Canva to create graphics and posts, SEO basics, Social Media Strategy basics, Google Sheets, introduction to CMS, introduction to HTML coding, and more as defined within DigComp 2.1, the European reference framework for digital skills.

At the end of the game, self-assessment tests are proposed to give young people the opportunity to understand their potentials, such as those offered by Vodafone Future Job Finder, which opens up to young people an access door to new skills and job opportunities in the digital economy. Or from Knackapp, a platform that combines cognitive science, gaming and Artificial Intelligence to unlock the potential of young participants.

At the end of the course, it is also possible to access targeted free classes and other opportunities promoted by LV8 partners.

The LV8 app, available for free on the App Store and Google Play and on www.lv8.eu, was commented by the Vodafone Italia Foundation: “Early school leaving has affected Italy much more than the other European countries. Young people who leave their studies early risk finding themselves in economic and social hardship situations and often have difficulty finding work. LV8 is an accessible, concrete, practical and digital opportunity to get back into the game and grasp your future right away “.