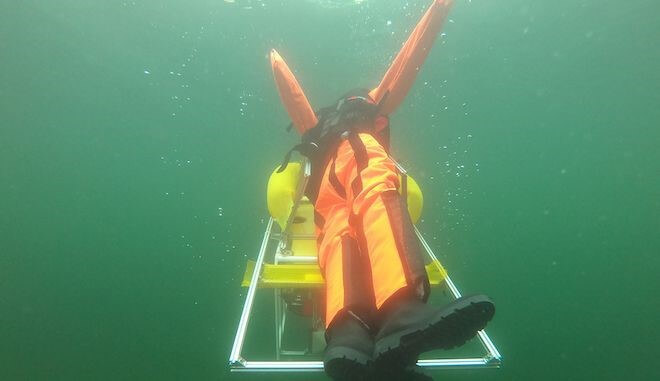 Robots using artificial intelligence come to solve the drowning of people in swimming pools and lakes. From a depth of 3 meters, a robot achieved to bring an 80 kg human effigy to the surface in 1 second.

Nearly 420 people drowned in Germany in 2019, with the majority dying in freshwater lakes and swimming pools. The solution in the absence of lifeguards could be a floating submarine rescue robot. A team of researchers from the Fraunhofer Institute for Advanced Systems Technology aims to improve the situation with a robot that uses artificial intelligence, the only one of its kind in the world.

Surveillance cameras mounted on the pool roof record the movement patterns and position of the drowned person in the pool and send the coordinates to the robot to a connection base on the pool floor, which opens in case of emergency. As soon as the vehicle reaches its destination, it locates the person in danger and transports him to the surface. A fastening mechanism prevents bodies from sliding down. 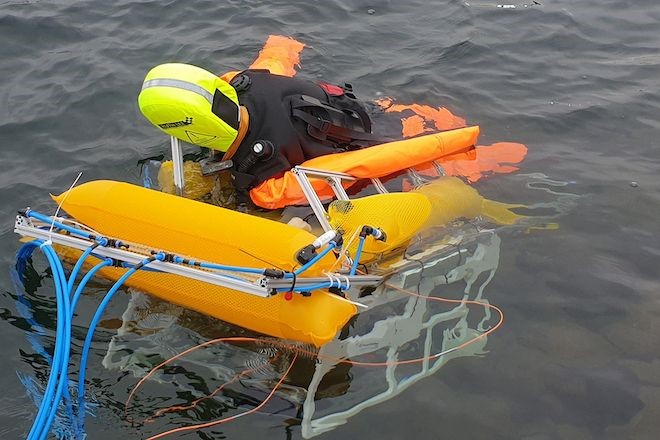 In lakes, drones and zeppelin systems act as surveillance cameras. Because visibility is limited, the submarine must be equipped with acoustic sensors instead of optical ones. The echoes of sound waves can be used to determine the positions and orientation of people in such a way that the robot can be directed autonomously to the target-person and save it. This has been shown to work in practice through very impressive open water trials conducted by researchers on Lake Hufeisensee in Halle. An 80 kg effigy was deposited at a depth of three meters. The robot then picked it up, secured it in place, brought it to the surface in a second, and carried it via the shortest route – a distance of 40 meters – to the shore, where the rescue team was already waiting.

When the robot is notified of an emergency, a signal alerts the team immediately. The full rescue operation lasted just over two minutes. Casualties must be resuscitated within five minutes to avoid long-term damages to the brain. We were able to stay within this critical time frame without any problems,” says computer scientist Helge Renkewitz, who led the team in close collaboration with the water rescue service, Wasserrettungsdienstes Halle e.V.