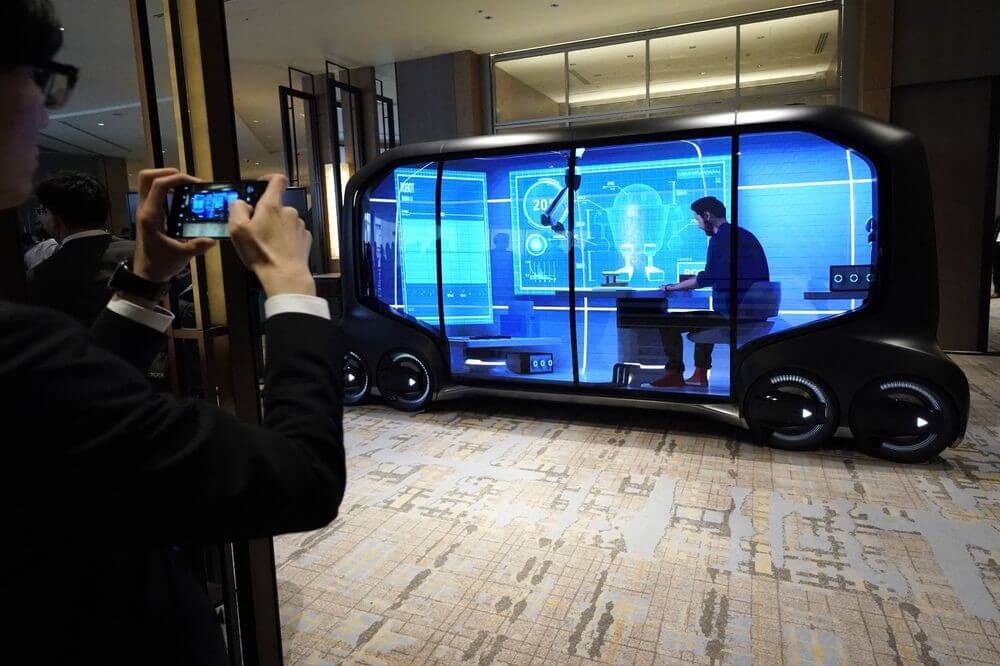 Toyota hopes that a driverless vehicle that looks more like a transparent container could be used as a moving shop or office. The e-Palette was first unveiled at CES exhibition in Las Vegas in 2018. No one expected then that the strange vehicle would one day go into production. Toyota announced this week that the e-Palette has the potential to become economically viable within a few years.

The electric minivan has 20 seats, which can be folded to free up space. The Japanese carmaker hoped to demonstrate the e-Palette at the Tokyo Olympics, which were scheduled to take place in 2020 summer, but were postponed to 2021 due to the pandemic. Moving on predetermined routes, autonomous vehicles would transport athletes to the Olympic Village.

“We received a lot of questions from people wondering what the fate of e-Palettes would be after the postponement of the Olympics,” said Katie Yamamoto, president of Toyota Connected Company, according to Bloomberg. “There is a great deal of interest in using Palette vehicles to deliver products and transport people,” he claimed. “There is a huge interest in using them as mobile stores and offices,” he said.

Toyota has previously said it plans to launch the vehicle in partnerships with companies such as Amazon, Pizza Hut and Uber.