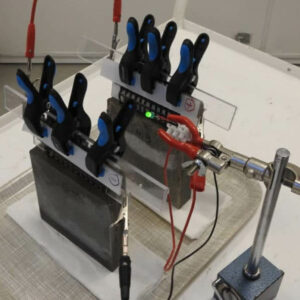 Energy availability is a crucial issue in the world we live in. We, as mankind, are fully dependent on energy-consuming systems.

Researchers at Chalmers University of Technology, Sweden, made a much promising invention; they created the world-first concept for a rechargeable cement-based battery. Imagine the prospect of such an invention in the direction of great scale storage of energy. In that sense, the numerous cement buildings could function as massive batteries. Although ambitious as an idea, if this concept would become a reality, would revolutionize the construction and energy sector by developing a huge rechargeable system. This concrete-based battery has an energy density of 7 Wh per square meter or 0.8 Wh per liter, a quantity that, according to the team led by Professor Luping Tang. While the battery density is very low compared to commercially available batteries, the advantages of such a technology are without any doubt significant.

Cement-based batteries could also be used to power LEDs, provide 4G connections in remote areas, or cathodic protection against corrosion in concrete infrastructure. It could also be coupled with solar cell panels, for example, to provide electricity and become the energy source for monitoring systems in highways or bridges, where sensors operated by a concrete battery could detect cracking or corrosion, suggests Emma Zhang. “We have a vision that in the future, this technology could allow for whole sections of multi-story buildings made of functional concrete. Considering that any concrete surface could have a layer of this electrode embedded, we are talking about enormous volumes of functional concrete”, Emma Zhang added.