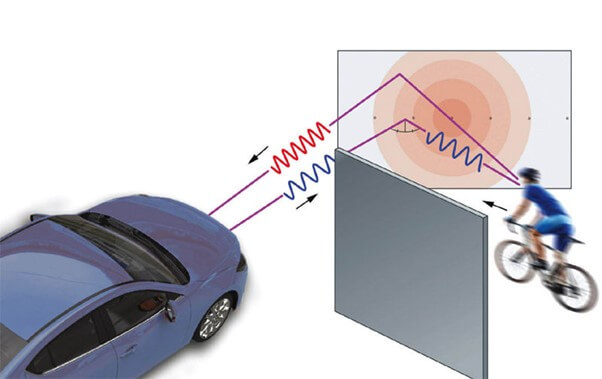 The concept of possessing self-driving vehicles is not far away. One of the major issues to be taken into account is that of safety. No compromises should be made regarding this crucial and sensitive matter. Until now, the research and manufacturing community has developed a variety of sensor systems that allow cars to detect other objects on the road. Most of them make use of visible or near-infrared light. Such sensors that are preventing collisions are now common in modern cars.

However, optical sensing seems not to be practical or effective in spotting items out of the car’s line of sight. They need to utilize high-powered lasers to, set aside the fact that they are restricted to short ranges.

Researchers from Princeton University combined artificial intelligence and radars to develop a new radar system that can be easily integrated into today’s vehicles. Its operating principle is based on the Doppler effect. More specifically, a Doppler radar is used to bounce radio waves off surfaces such as buildings and parked automobiles. Mounted in front of the vehicle, they emit a radar signal that hits the surface at an angle, so its reflection rebounds off like a cue ball hitting the wall of a pool table.

The signal goes on to strike objects hidden around the corner. Some of the radar signals bounce back to detectors mounted on the car, allowing the system to see objects around the corner and determine the speed of the object and the direction of movement. In real-world applications, a driver or autonomous driving system will be alerted to potential hazards.

To allow the system to distinguish objects, the team processed part of the radar signal that standard radars consider background noise rather than useful information. The team applied artificial intelligence techniques to refine the processing and read the images. The computer running the system had to learn to recognize cyclists and pedestrians from a very sparse amount of data.The system currently detects pedestrians and cyclists because the engineers felt those were the most challenging objects due to their small size and varied shape and motion. The system could be adjusted to detect vehicles as well.

“In terms of integration and bringing it to market, it requires a lot of engineering. But the technology is there, so there is the potential for seeing this very soon in vehicles”, said Felix Heide, an assistant professor of computer science at Princeton University.