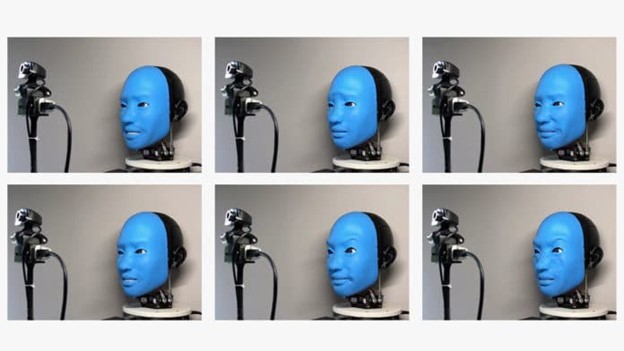 A new autonomous robot, the EVA, with a gentle and expressive face that responds to the expressions of people nearby was created by a team of engineering researchers at Columbia University in New York. This strengthens the relationship between such robots and humans.

This particular robot can express six emotions – anger, fear, joy, sadness and surprise, as well as a number of more nuanced emotions. The EVA robot consists of a synthetic 3D print skull for adults-humans with a soft elastic face on the front. EVA uses a deep learning artificial intelligence to “read” and then mirror the expressions on nearby human faces. And its ability to mimic a wide range of different human facial expressions is learned by trial and error from watching videos of itself.