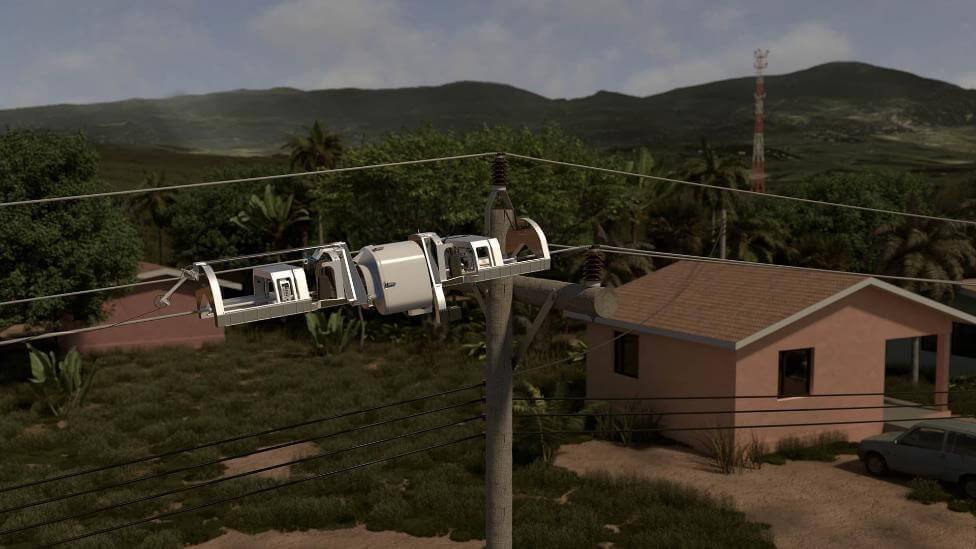 Internet access is becoming more and more essential. In order to bear the increasing demand for high-capacity and low-cost networks, network operators have invested in transforming their networks from 2G and 3G to 4G and beyond, while wireline access networks have moved from DSL and coaxial to fiber to the home.

Facebook Connectivity in collaboration with ULC Robotics have built a robot capable of wrapping a fiber-optic cable around an existing aerial Medium Voltage power lines (MV) that usually serve inhabited areas all over the world. In other words, they exploit an existing and widespread infrastructure to not only modernize the services they provide, but also to make possible more and more people can potentially have internet access.  The cost of this business venture is 3 to 5 times lower compared to the traditional way of optical fiber cable deployment.

Karthik Yogeeswaran, a wireless system engineer at Facebook Connectivity, said that the idea for the project came from a trip to Africa and after observing the ubiquitous power line infrastructure, which is far more widespread than the overall fiber optic footprint of the country.

The robot is made to be able to avoid and cross any obstacles it encounters on its way. Keeping the robot’s weight low makes it ideal for handling a medium voltage line, which was a major challenge for manufacturers as it would limit the amount of fiber it could carry.

In order to be able to navigate through obstacles, the robot can lift its middle section containing the fiber systems and rotate. Once the obstacle is passed, it lowers its middle part to continue wrapping. The robot has a vision system to detect obstacles and adjust its movements.